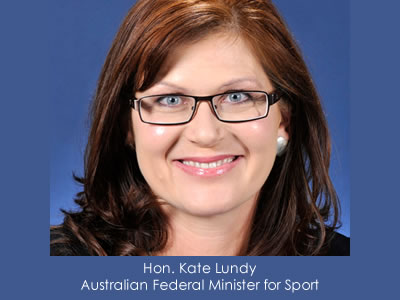 The following article is courtesy of Australia’s Federal Minister of Sport, to whom we are grateful for her support of our campaign. Reprinted with permission.

As Sports Minister you meet with many people and hear many inspiring stories. But occasionally you meet with someone whose story completely changes your outlook.

Whilst in Wollongong in February, I met Sharon and Gary Washbourne. Sharon had emailed me previously with a tragic story of the drowning of her 12 year old nephew, Jack Alexander Kevin MacMillan.

In her email Sharon described Jack as the typical young Australian boy:

Jack loved being in his pool, of which they moved to their new home only 7 months prior in July of 2012, he was so excited for Summer and warmer days to arrive so he could swim everyday, as any young boy of his age wants to do, and this he did each day until 2 days before returning to school. Jack was meant to start his 1st day of High School at ICS (Illawarra Christian School) on 31st January, he couldn’t wait to go back to school and catch up with his mates, and play sport each lunch time with them all.
The email then goes onto to detail every parent’s worst nightmare.

On Tuesday, 29th January at 1.15pm, a time and date we will never forget, Jack (12) his sister Ella-Lin (8), Stepsister Charlotte (8) and a neighbouring friend of the girls also 8, had all finished up playing in the pool. My sister, Jack’s mother, Michelle, stepped away from the side of pool with her 6 month old daughter, Liliana to open the door for the girls to go in to change. Jack remained out by the pool to remove all the blow up toys, of which he was such a great help in doing. He said to his mother, “just a few more laps”, being a strong swimmer, and a fit young kid, Michelle literally turned her back for 1-2 minutes at most. In this time, Jack swam his laps, of which some were, under water. His mother then promptly returned to tell him to hop out, when she noticed him sitting in a curled squatting position on the bottom of the shallow end of their backyard pool. Terrified as to what she witnessed in such a short period, she passed baby Lili to Ella and jumped in to drag Jack out of their pool to commence CPR. Something she will never get over and plays over and over in her mind.

Jack, like all active, determined 12 year old boys, was competing against himself in the water holding his breath and blacked out. Due to these activities, his urgent need to breathe response, was not triggered and tragically, Jack drowned as a result of Shallow Water Blackout.

Sharon and Gary have started a campaign, http://shallowwaterblackout.org, to educate the public about the dangers of holding your breath under water for too long.

As a Government we commit more than eight million dollars to water safety programs every year. But there are new opportunities where we can do more.

As Minister, I have already opened discussions with key water safety experts including Laurie Lawrence and the Royal Life Saving Society to talk about how together we can raise awareness of Shallow Water Blackout (SWB).

Backyard drowning is completely preventable. Water safety advocates, like Sharon and Gary, have led the charge to help parents understand the risks and how to prevent drowning for decades.

Sharon and her family’s story is heart breaking. But, Sharon & Gary have chosen to make a difference and do all they can to raise awareness of Shallow Water Blackouts.

I commend Sharon and Gary on their efforts, and encourage anyone with young children to get online and visit their website to learn about Shallow Water Blackout and get your friends and families to do the same.